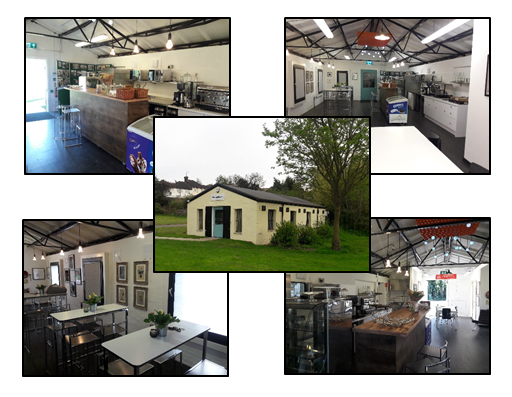 HPPG’s has undertaken extensive consultations with local people and statutory bodies and is creating a Community Plan (“The Highams Park Plan”) for the Highams Park Plan Area. The Plan will be in two parts: A Neighbourhood Plan which will be a formal document covering land use and planning issues in the Plan Area and an Action Plan for the implementation of community projects suggested by local people for improvements in the area.

In preparing the Action Plan it became clear to members of HPPG’s committee that the most effective way of delivering the Action Plan would be through an independent Community Interest Company (CIC) with the ability to enter into leases, own property and apply for  grants and funding.  The establishment of HP CIC was approved by HPPG’s members at the Annual General Meeting of 16th February 2017 and was incorporated on 28th June 2017 with registration no. 10840775.

The Board of HP CIC is comprised of seven members of the Highams Park Planning Group four of whom are also members of HPPG’s main committee (two of whom are also local councillors). Included within the skill sets of the board members are a chartered surveyor, an architect, a lawyer and a sustainability expert. The Company Secretary is a Chartered Accountant.

The Board members are , as follows:

The Company Secretary is Nigel Reynolds.

HP CIC is a voluntary organisation and none of the board members draw a salary or expenses and there are no paid employees.

Although HP CIC was set up by HPPG, and its board is comprised of members of HPPG, it operates independently with its own board and clearly defined memorandum and articles of association.

The primary objectives of HP CIC are to:

HP CIC also seeks to provide a vehicle for the implementation of other community benefit projects and activities that may be desired by local people that arise independently of the Highams Park Neighbourhood Plan.

In fulfilling its objectives, HP CIC collaborates with other voluntary organisations in the area, and with local businesses, the local authorities, individuals in the community and other stakeholders who have similar or related objectives.

The team from HPPG that comprises HP CIC’s Board have been members of HPPG since inception and have been involved in a number of projects through HPPG since 2014, including: forestry conservation works, decorative lighting in the town centre, installation of public art, a community internet radio station, arts events, festivals and other public events.

Working in conjunction with volunteers from HPPG, HP CIC undertook its first project in October 2017 when it entered into a lease with Waltham Forest Council for the refurbishment of a disused building in the local park (“The Highams Park” by the lake) to provide a community hub with café and toilets. The project was costed at around £250,000 by a local builder, so HPC CIC sought donations from local business for equipment and materials and undertook the project directly using volunteers from HPPG. The total volunteer hours over the life of the project were around 2,000 hours and over 70 people were involved.   The donations of skills and equipment from local business and people were such the project was completed in May 2018 to a higher specification than originally costed for a cash expenditure of around only £14,000. The funding was provided by ward forum grants and corporate donations.

The community hub now operates under a concession granted by HP CIC as Humphry’s Café and its activities are overseen by HP CIC. The operator is responsible for all utility bills and HP CIC receives 10% of the income as a licence fee. The money used is for the upkeep of the building and for other community projects.

During 2019/20 funding raised by HP-CIC was used to enable local volunteers to carry out the projects below:

1. New path and Seating area outside Humphry’s Cafe
In the Spring of 2019 volunteers from the Highams Park Snedders (HPPG’s forestry group) laid a new graveled path across the park from Tamworth Avenue to Humphry’s Cafe and created a seating area in front of the cafe. This project cost around £4,500 and was funded by a mixture of Ward Forum money from Hatch Lane Ward and a donation from HPPG. 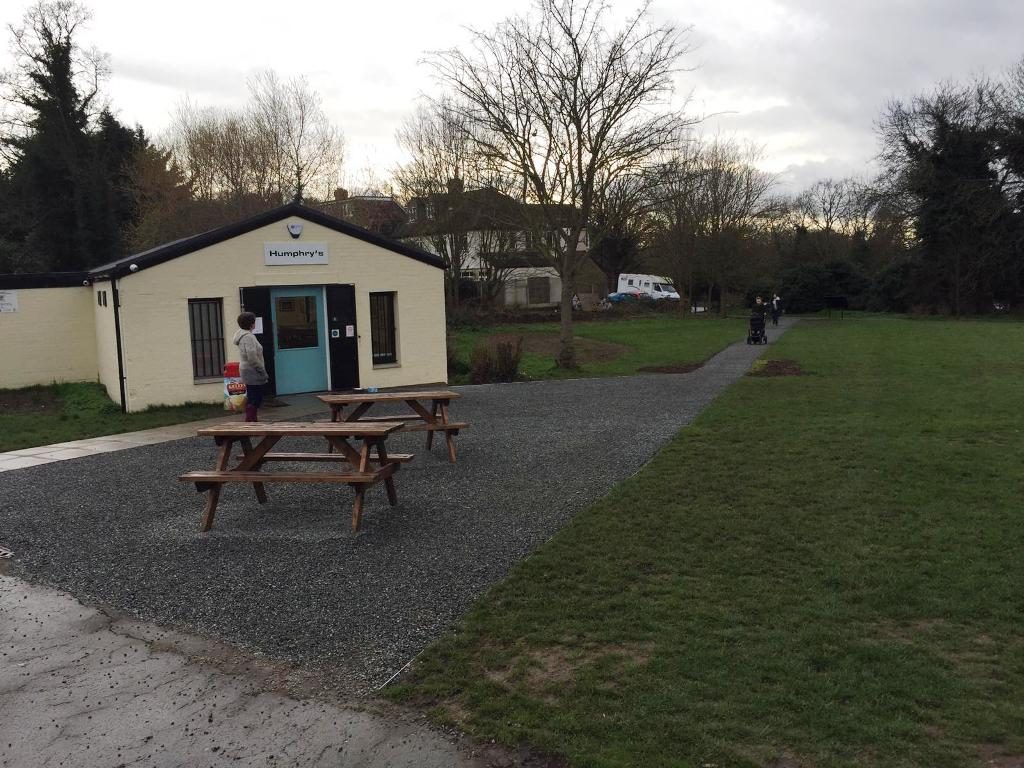 You can find out more about the project on the links below:

3. New Viewing Platform and Signage at Highams Park Lake
Funded by a grant from the City Bridge Trust this project provided all weather wheelchair / pushchair access to Highams Park Lake from the park, new signage to the Lake around the local forest, as well as equipment for brush clearance around paths. The works will be carried out by the Highams Park Snedders (forestry volunteers from the Highams Park Planning Group) under the guidance of the Epping Forest Conservators. Although much work was done this project is not expected to be finished until mid-April 2020. The new signage and viewing platform have proved very popular with local people.

You can find out more about the project on this link: New viewing platform and signage at Highams Park Lake

You can find out more about this project on this link: New Meridian Plaque in Hale Road

You can view the artwork on this link: Wall Art in Signal Walk

The defibrillator will be available to all in case of a cardiac arrest in the park or nearby woods.

Got an event, or local initiative you want to shout about? Then simply ask the relevant facebook page below to share it on their facebook feed and it will automatically appear here.  Please ensure you attach a picture! Apart from Wildlife at the Lake which is just for you to view and enjoy.

Searching is in progress